After your buddy spills the beans and announces that he’s finally dropped the knee and sealed the deal, “What are you going to do for your Bucks Party?” is undoubtedly the first question that will come to your mind. The event is practically just the man’s equivalent to the wedding. This may just be your last opportunity to round everyone up and party with the lands until 4am, without a written permission slip from the Missus.

Why choose Fiji as your Bucks Party Destination

What do you imagine when we say the word paradise? Is it clear blue skies, white sandy beaches and crystal clear waters? If you found yourself nodding to your computer screen, salivating in the corners of your lips and trying to keep your speeding heart rate in check, Fiji is where you need to be. Fiji is exactly how you imagine heaven and has everything you’ve ever dreamt of and more. The idyllic island also has much more to offer than just the traditional fly and flop getaway (although, these Fijians can do this almost too well). Adrenaline junkies will be in their nevana, with everything from swimming with manta rays and shark diving to game fishing and surfing the internationally acclaimed Cloud 9 break.

On the land, you can also try your hand at quad biking, caving, zip lining and some unforgettable hiking. While most head to the island for a low-key and relaxing time, when the sun slips below the horizon, Fiji wakes up to a whole new world. Cocktails and pool parties can be found on almost every corner, with a mixture of resort bars, private venues and exclusive clubs. Boasting live DJs, fire eaters, dancer and even limo competitions as the staples of a night out, nightlife in Fiji is as surprising as it is enjoyable. Everyone knows that marriage is no walk in the park, so soak up some laid back vibes while you can with a Bucks Party in Fiji. 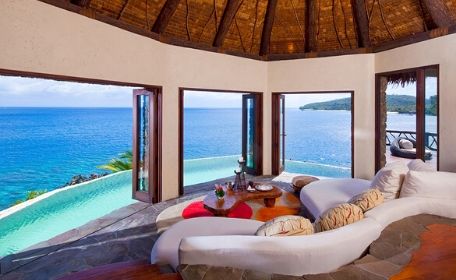 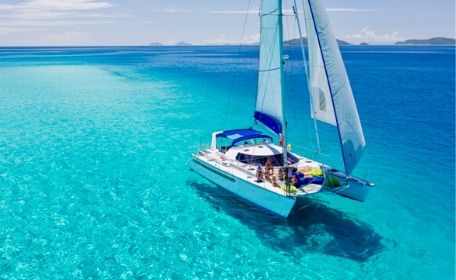 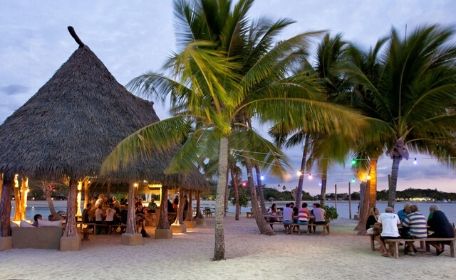 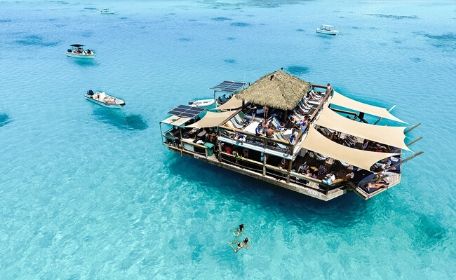 Making the most of your Bucks Party in Fiji

Unlike women, Fiji is perfect every day of the year. Being a tropical destination, the island boasts temperate and idyllic conditions throughout the year, with the only major difference between the wet and dry season variations. We’re talking low-30s during the day and high-20s overnight, meaning you can leave your winter woolies at home. Wet season runs during the summer, when increased temperatures and humidity leads to heavier rainfall and the slightly elevated risk of cyclones. Temperatures are still balmy during the dry season, and the lack of rainfall means it is less humid too. Our favourite time of year to switch over to island time is between late October and early November, when the costs are low, the crowds are minimal and the weather is pretty darn-perfect.

With more than 300-islands dotted throughout the turquoise blue waters of the South Pacific Ocean, the best way to get around Fiji is largely dependent on whereabouts you actually are. Taxis, buses and private cars are probably the best bet to getting around the main island, with regular public transport running between all the major locations and private drivers offering their services on practically every corner. Sailing yachts, transfer boats and day cruises will enable you to hop your away around some of the smaller islands, while embracing the jaw-dropping scenery along the way. Some rental cars are available in some of the busier destinations, and can be booked for anyone holding a driving licence in English.

Fiji is for those looking to sprawl themselves out in the sun during the day and spend their evenings hopping between eclectic bars, cocktail venues and world-class restaurants.

The island destination ensures there is literally something for everyone. Choose from a booze-filled night out on one of Fiji’s party islands, a laid-back sunset drink in a beach-front resort or a local style pub crawl through the heart of the capital city.

In saying that, we wouldn’t blame you for not moving too far once you touch down in Fiji. The stunning tropical scenery, soft sandy beaches and rolling waves makes this the perfect destination to recharge your batteries and prepare the soon-to-be-groom for the upcoming wedding. We’re sure his lady is probably a top notch sheila, but she’s a woman after all, so this might just be his last chance to put up his feet without a to-do list lingering in the back of his thoughts. So get it done with Wicked Bucks.

Located in the South Pacific, Fiji is between 3 and 4 hours from the East Coast of Australia. Most of the major airlines run flights from Brisbane, Sydney and Melbourne every single day of the year, with connecting flights from most other Aussie cities. Despite the short flight time, the last thing you’ll feel like doing after landing is try to find a transfer to your final destination. Taxis, shuttles and private cars can be arranged at the time of booking, so that you’ll be greeted by a friendly driver at the gate after landing. Alternatively, transport can also be arranged at the terminal after arriving, and public transport is an option for those after the true local experience.