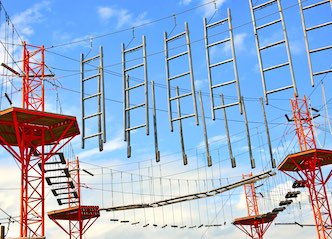 If you’ve got a high pitched squeal and a low tolerance for adrenaline, then this activity probably isn’t for you because a day at Adelaide’s SkyChallenge will leave you weak at the knees and screaming for more. It might just be the biggest rush you can have fully clothed. Who ever said Adelaide was dull and boring obviously never visited the SkyChallenge. With over 70 obstacles available for you to tackle, this adventure park is bigger and better than anything your 10-year-old-self could imagine.

Although this is probably one of the few Buck’s Activities where sobriety is required, you might feel like you’re tripping when you play tennis in the sky, row a boat mid air or manoeuvre between obstacles like a floating esky. If you think you’ve got a little James Bond hidden inside of you, why not take the leap of faith from the MegaJump? Whatever level of radical you’re ready to try, the SkyChallenge crew will be there to keep you safe in their world-class harnesses and laugh at your inevitable squeals.

5 Reasons to do the Sky Challenge in Adelaide 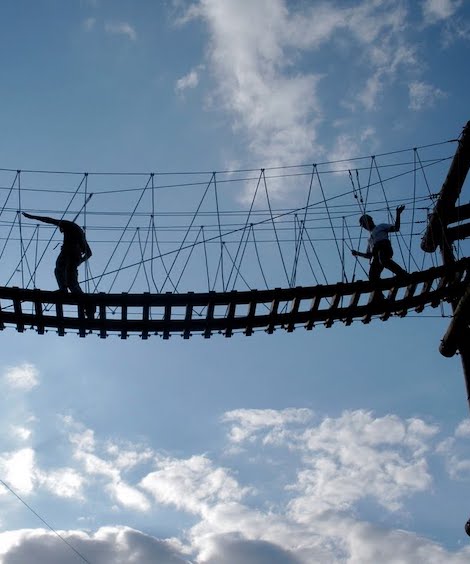 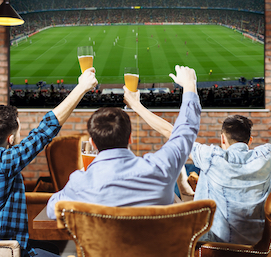 They weren’t kidding when they called it Radelaide. South Australia’s Capital may have one the title of most underwhelming city in Australia, but we think these reviews are all wrong. Whoever came up with this rep obviously never visited the region with the expertise of Wicked Bucks. Adelaide is brimming with festivals and events, without the maddening crowds of Sydney and Melbourne. During Mad March, you’ll find some world renowned celebrations – the Fringe Festival, WOMADelaide, Tour Down Under and Taste Australia. This Southern secret is also Australia’s capital of wine.

Although you’ll find wineries all around the country, no other cities has so many offerings within a short jaunt of the CBD. Hidden in this hinterland is some of the country’s most recognised brands, such as Penfolds, Yalumba, Wolf Blass and Jacob’s Creek. Don’t think Adelaide has forgotten the party animals either. Although the city only has a population of 1-million, you’ll still find a bustling nightlife scene every day of the week. You can pick from laid back bars, pumping nightclubs or fine-dining eateries. Whatever it is you’re looking for, Wicked Bucks can find it in Adelaide. All you need to do is round up your mates, pack your bags and prepare for the ultimate bucks party.