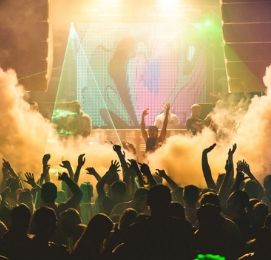 Cairns is internationally renowned as the gateway to the Great Barrier Reef and the surrounding rainforests. Thousands of travellers flock from all over the world to get their nature fix. But don’t be fooled… the fun doesn’t stop when the sun goes down. If there is one thing backpackers know how to do it’s how to have a good time. Cairns promises a party every night night of the week, every single week of the year. Wicked Bucks has tried and tested (you’re welcome) all the options to create this handy nightclub guide.

The Pier Bar has somewhat of a reputation around Cairns. Grab a beer and soak in the view from a table out the deck before the hoards coming flocking in. Don’t be surprised if the ocean view starts to become a little blurry though – You can blame the salt water all you want but we know a pair of beer goggles when we see them. With an upbeat atmosphere, a free flow of bevvies and pumping tunes, you can hit that d-floor and strut what your Mumma gave you.

This one’s for all the sports nuts out there. The Jack has a whooping five projector screens, ten large flat screens and three bars, so you’re guaranteed not to miss a second of the action. If live sport isn’t exactly your thing (What is wrong with you?!?), this nightclub also hosts stand-up comedy, DJs and live music every month. With a stellar menu to match, The Jack really has something for everyone.

So you’ve had a long day out on the water or hiking through the rainforest, and you’re feeling sunburnt, overtired and slightly cranky. You’re still keen on a night out with the boys, but the thought of pumping nightclub tunes is giving you a headache already. Rattle n’ Hum is where you need to park yourself. Offering wood-fired pizza and happy hour jugs of beer, it’s the perfect place to ease yourself into the night. After a few hours soaking in the Aussie laid back vibe, you might find yourself feeling like a new man – meaning you’ll be ready to hit one of the nearby dance floors after all.

P.J. O’Briens encapsulates everything that a traditional Irish pub does, but with a true-blue Aussie twist. The exposed wooden beams, bric-a-brac covered walls and mahogany furniture may be slightly reminiscent of your Great Aunt Mary’s house, but that doesn’t mean the party stops at 8pm. Offering everything from quiz nights and dancing competitions to giveaways and karaoke, you’d be pretty bloody lucky to spend a night at P.J. O’Briens.

From the moment you step foot inside The Woolshed, you’ll understand why the venue has amassed somewhat of an international reputation. It’s recognised for its lively atmosphere and guarantee of a good party seven days a week, every week of the year. The downstairs restaurant is a great place to put up your feet, and rest your legs after too much dancing on the dance floor.

The Attic at Gilligans

Gilligans is not just an award-winning hostel, it’s a nightlife mecca for travellers and tourists alike. You don’t need to be a guest to embrace the antique and chic vibes of the new onsite nightclub. The Attic is the type of place that knows how to mix its tune and its drinks. It’s open every night of the week, with activities and shows on most nights too.

After a tough day trekking through the rainforest or diving on the reef, join the masses as they descend on XS Nightlife. From Tay Tay and Gaga, to Tigerlily and DJ Havana Brown, this relatively new addition to Cairns’ nightlife scene is the key to an epic night out. XS Nightlife opened its doors in 2019 and it doesn’t look like business will be slowing down anytime soon.

Who doesn’t love getting low to some old school drake or Timberland. Luxx is located in the heart of Cairns and these nightlife experts are pretty much royalty when it comes to throwing a banger RnB party on a Friday night. By the time Saturday rolls around, the house and dance tunes are brought out to play. Whichever night you choose to drop in, you’re guaranteed to find plenty of drink specials to wet your whistle on too.

Republic RnB is exactly what it sounds like – a sanctuary for lovers of hip hop and RnB tunes. The premier venue swaps between themed nights, live gigs and a mixture of local and international DJs. The atmosphere is always good, the drinks are always cold and the tunes are always killer.